Women have always wanted to be beautiful. Although hair extensions are a modern procedure, in ancient times they also resorted to all sorts of tricks and tricks to create long curls and interesting hairstyles.

Hairstyles are often seen as the calling card of every young woman. Hairstyles can be used to determine a person’s social status and clan affiliation.

The first attempts to improve the hair were made long before the advent of hair extensions. Wigs were used for this purpose.

For the first time they were used in Ancient Egypt. Not only women wore them, but also men. At the same time, hair was frequently shaved off. Using wigs, it was also possible to determine the level of wealth of the man, as they were made of different material.

It could be animal hair, silk threads and even plant fibres. Wigs were used not only for image, but also to protect the head from the hot sunlight. In the 18th century especially extravagant ladies even wove into their wigs elegant baskets decorated with fruit and flowers, and could also decorate them with stuffed birds and animals. The wigs were voluminous, some of them up to half a metre in size.

Their cost was high, so they were only worn by rich people and their entourage. The hairstyles were shaped for a long time, so they were generously sprinkled with powder. Sticks, most often made of ivory, were also used to maintain hairstyles. These sticks could be used to scratch a head that was itchy with lice.

Lice were widespread then, as water treatment at that time was rare, but everyone often wore perfume. Wigs remained at their peak in popularity for most of the 19th century. And in the 20th century came the first hair extensions, which were a humane way to achieve a makeover.

Hair extensions were pioneered by African women. It’s a well-known feminine fickleness: you want to curl straight hair and straighten curly hair. African women, like women in the world, want to straighten their curly hair. It’s not an easy thing to do, as hair structure is genetically determined.

And then they thought of a simple way to change that: they started braiding tight braids around their heads and tying locks of hair to them. This wasn’t a viable option for European women, as their scalps are more sensitive and the tight braids and donor locks can cause headaches and sleeping problems. In order to allow European women to lengthen their own hair in a safer method, hair extensions using keratin and glue were invented.

In the 20th century, a hairdresser named Simon Forbes came up with a new way to lengthen hair, using strands of artificial curls. He attached them by separating them about one centimetre from the roots. For this invention he won an award from the British Hairdressing Society.

Thanks to modern technology, hair extensions have a very natural look and are easy to maintain. Beautiful hair, as it was many centuries ago, is a woman’s calling card. It helps create a feminine and unforgettable image.

Hair care history – where does it all begin?

Hair is a reflection of feminine beauty. From the very beginning and up until the present day, women have striven with all their power to achieve beautiful hair colour and condition.

Long, thick hair – what could be more desirable?

Today, there are so many products available to cope with every hair problem, but how did women used to do it?

You’d be surprised what a fashionista once had an arsenal of hair care products.

Cleopatra is said to have had great results with bear grease.

At all times – and especially in times of fickle fashion – women have wanted their hair to grow faster. The Romans rubbed decoction of walnut shells, the Chinese mixed honey with flour and made a mask, the French used nettle broths…. But there is nothing surprising about plant-based recipes, while there were some that today can make some people smile and others bewilder.

So, in order to make your hair grow faster, burn bees and mix the ashes with rose oil. Bees weren’t the only thing they did. Hedgehogs, rats and moles were burned, skin dropped by snakes was soaked, dried frogs and lizards were pounded. And this isn’t the Dark Middle Ages. This is the 18th and early 19th centuries.

Wine can also be found in recipes to strengthen hair. It was added to various oils and used as a remedy for baldness.

Common soap was used as shampoo. Those were the rich people. Ordinary people washed their hair with kvass or sour milk.

Probably some of the first inventors of hair conditioner were the Indonesians. The thing is that an atomic mixture of rice straw ashes and husks with water was used there for washing. The mixture was great for cleansing hair, but it was also good for drying. Therefore, after washing, we had to moisturise the hair with coconut oil.

Other Oriental folk remedies for washing your hair are to boil quince peels, or you can soak aloe stalks in cold water.

And Indian women used to actively rub herbal concoctions into their hair when washing it, especially from chumpa, the Indian flower from which oil is made for rubbing into the hair.

Recipes from Assyrian herbalists dating back to 2177 BC describe some of the cosmetics used for this purpose. One of these specific recipes describes the use of cinnamon (cassia) and leeks for dyeing hair.

Originally, hair dyeing was used to indicate a special status, a person’s position in society or for sacred purposes.

In ancient Egypt, dark brown and black hair was considered the most popular colour for its association with power. Hair dyeing and creating hairstyles were not the privilege of commoners. As early as the 1200s B.C., to make hair darker, some Egyptians used kohl (a mixture of soot and other ingredients) and henna (dye from dried leaves of the lavsonia plant). Other naturally occurring dyes have also been used to add new shades to natural hair colour and make hair colour more vibrant. Some of the Egyptians, including Cleopatra, even used wigs to make their hair darker.

In ancient Greece the sophisticated sophistication of the look was accentuated with ash and gold hair tones. Scented powders with a tinted effect were used for dyeing.

Blond hair was valued in Ancient Rome. Roman women aspired to blond hair and used not only wigs, but also special ancient methods and means of hair lightening. The dyeing composition included various herbs, quince and ashes. After treating hair with a lightening agent, it was additionally necessary to expose it to sunlight. In other words, one had to sit under the scorching rays of the sun for more than an hour to get the effect.

To protect the face, they wore the so-called “Solana” – hats with large fields, but without a brim. ancient Roman “techniques” of hair bleaching became even more popular after the appearance of blond German slave girls, whose blond hair was the envy of Roman women. Formulations based on lime, vermilion, talcum and beech ash were used to lighten hair.

Today, we’re fortunate enough to be able to buy just the right haircare product, without having to spend half a day just washing our hair. Before the invention of shampoo in 1903, hair washing alone required a fair amount of skill and dexterity.

How did hair extensions come about?

Mass hair extensions began in the 1960s, pioneered by a man named Simon Forbes, and became more widespread later (in the 1990s). That said, history has it that hair extensions can only go so far back in time, thousands of years before our own era.

What does donor hair mean?

Collected by collectors (raw material collectors) and cut from living people for a fee. A hair cut is a cut of natural donor hair without capsules. Standard extensions usually require ~100 grams of hair in a cut. The cuts come marked virgin, which means that the hair was taken from one head. 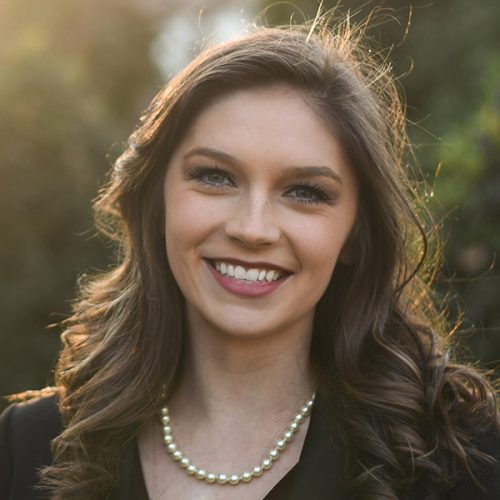 Jolieshttps://abhair.co.uk
The author is an online hair magazine expert. I am passionate about beauty and fashion and am always up to date with the latest news from the world of beauty and fashion.
Previous articleMens mid length haircuts
Next articleHow to get wavy hair

Tape in hair extensions are a procedure that helps girls get gorgeous hair of any length in just about an hour. Ribbon extensions are...

Copyright @Hair&Style| Made with with love

We use cookies on our website to give you the most relevant experience by remembering your preferences and repeat visits. By clicking “Accept All”, you consent to the use of ALL the cookies. However, you may visit "Cookie Settings" to provide a controlled consent.
Cookie SettingsAccept All
Manage consent

This website uses cookies to improve your experience while you navigate through the website. Out of these, the cookies that are categorized as necessary are stored on your browser as they are essential for the working of basic functionalities of the website. We also use third-party cookies that help us analyze and understand how you use this website. These cookies will be stored in your browser only with your consent. You also have the option to opt-out of these cookies. But opting out of some of these cookies may affect your browsing experience.
Necessary Always Enabled
Necessary cookies are absolutely essential for the website to function properly. These cookies ensure basic functionalities and security features of the website, anonymously.
Functional
Functional cookies help to perform certain functionalities like sharing the content of the website on social media platforms, collect feedbacks, and other third-party features.
Performance
Performance cookies are used to understand and analyze the key performance indexes of the website which helps in delivering a better user experience for the visitors.
Analytics
Analytical cookies are used to understand how visitors interact with the website. These cookies help provide information on metrics the number of visitors, bounce rate, traffic source, etc.
Advertisement
Advertisement cookies are used to provide visitors with relevant ads and marketing campaigns. These cookies track visitors across websites and collect information to provide customized ads.
Others
Other uncategorized cookies are those that are being analyzed and have not been classified into a category as yet.
SAVE & ACCEPT